Hartman has been on tear this season. The first team to start the season 7-0, then 8-0, then 9-0. He has broken my playoff probability and BYE probability metrics in the Advanced Standings. Surely this must put him on track to break some records…let’s see what the data says. 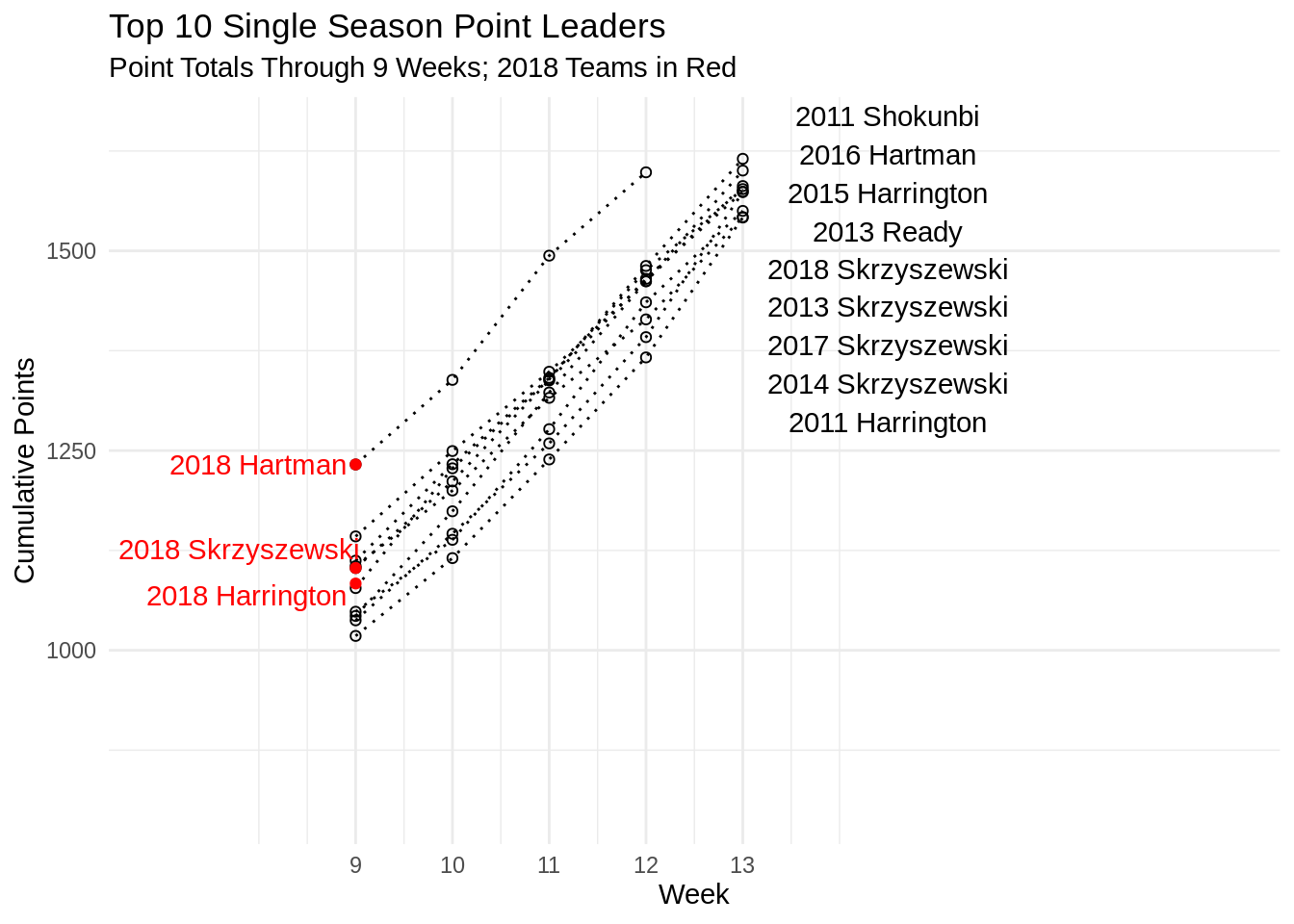 Sure enough, 2018 Hartman is head and shoulders above the rest. D’Skae and Harrington also in the mix. I’ll temper their excitement by saying points are way way up in Bad Newz this year. Through 9 weeks we are up 11% in total points scored through 9 weeks in 2017, and up 4% over the previous record for most points through 9 weeks, 2013.

The metric that better scales across seasons as a measure of team strength is is Proportional Wins, how does Hartman rate there?

Well, Hartman is well out in front and there is no other 2018 team in sight. 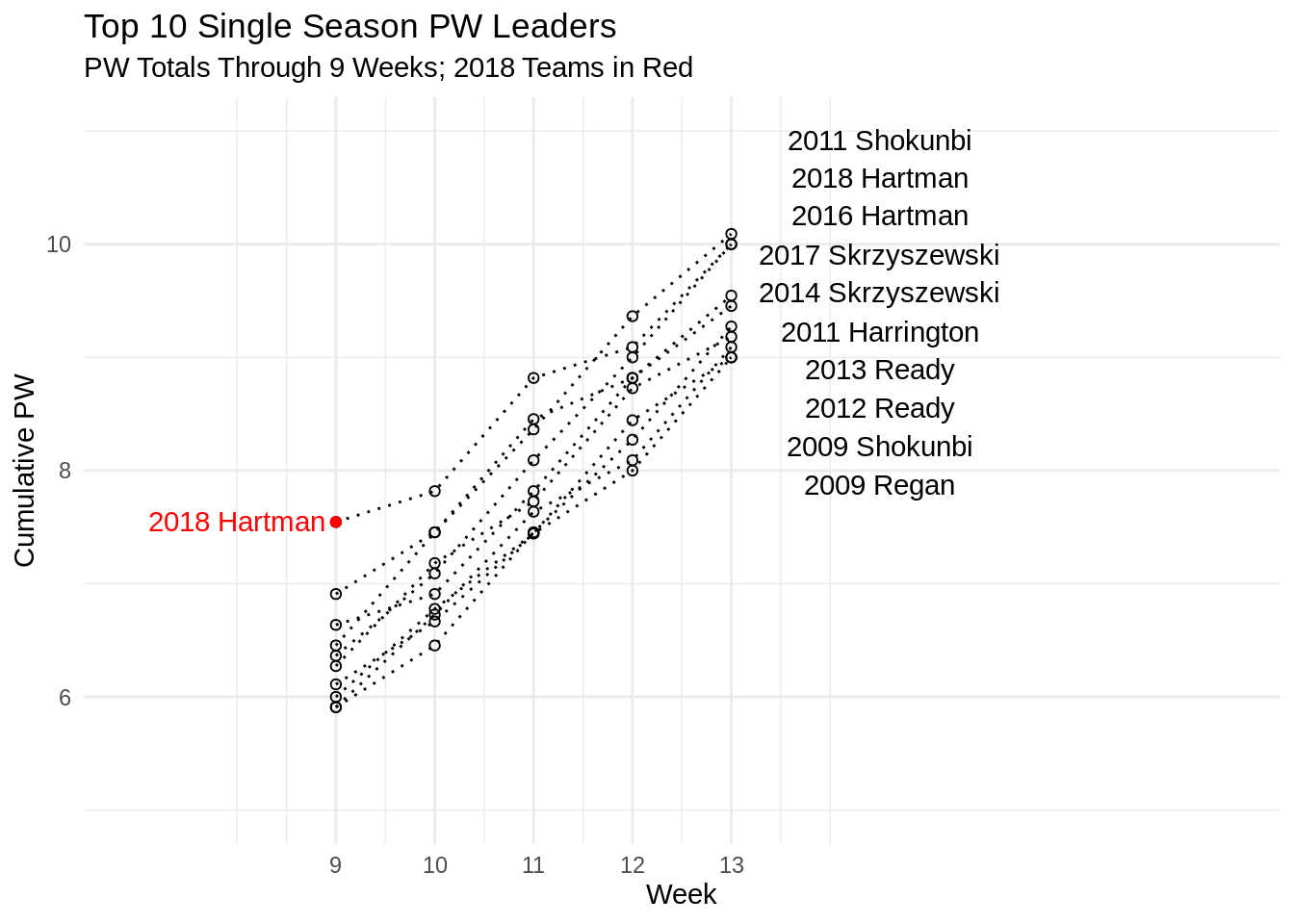 Harrington wins the fantasy baseball championship by streaming pitchers on the last day of the season. This is karma coming back to get him. He has the 8th most points of any team in league history after 9 weeks but sits at a woeful 3-6. The schedule has cost him 3.1 games so far this season, how does that stack up to other teams historically? 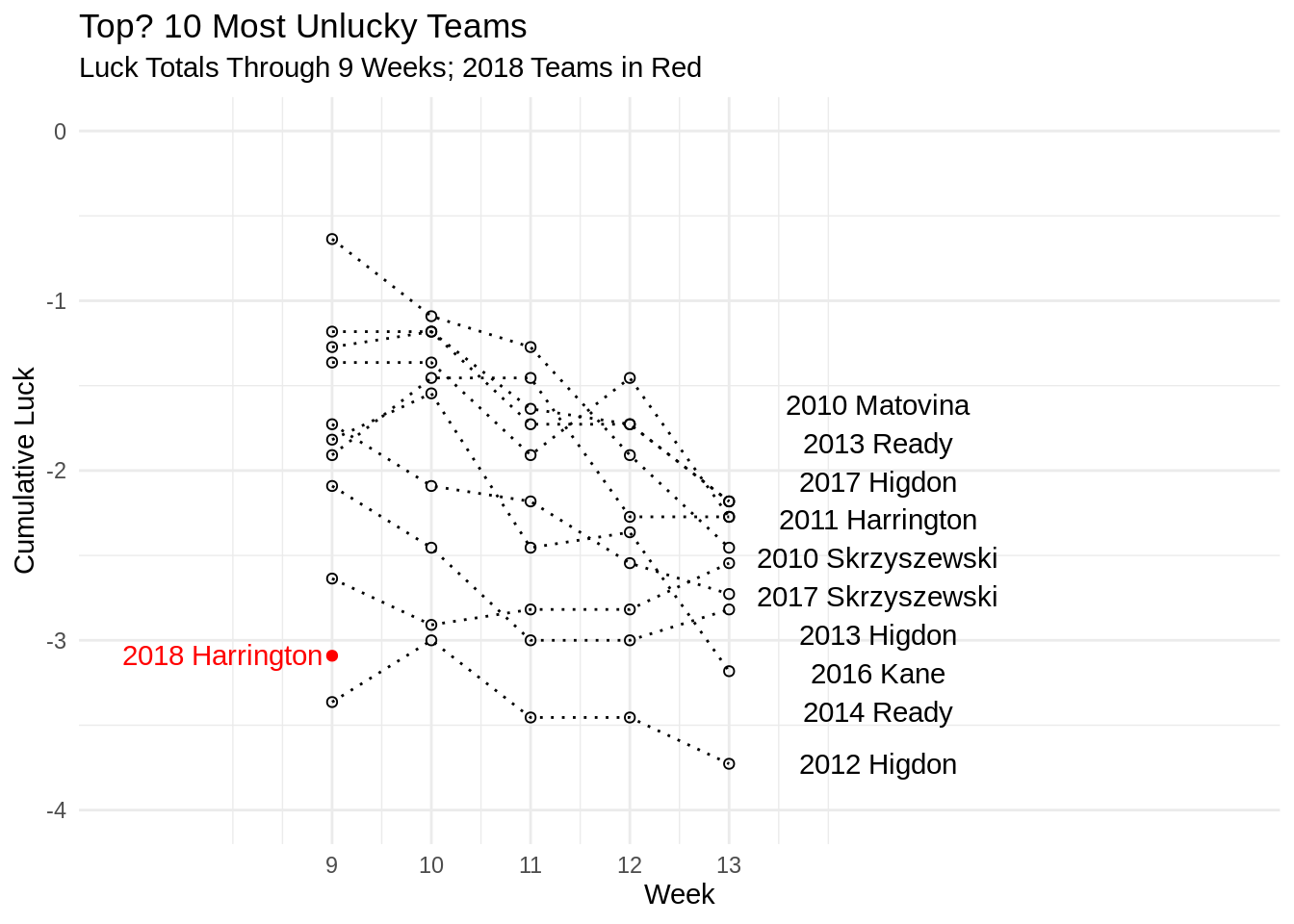 He’s not the most unlucky team…yet.