Another week, another check-in on potential records being set. The post last week successfully jinxed Hartman as he lost for the first time. My playoff and BYE probabilities are again calculable. 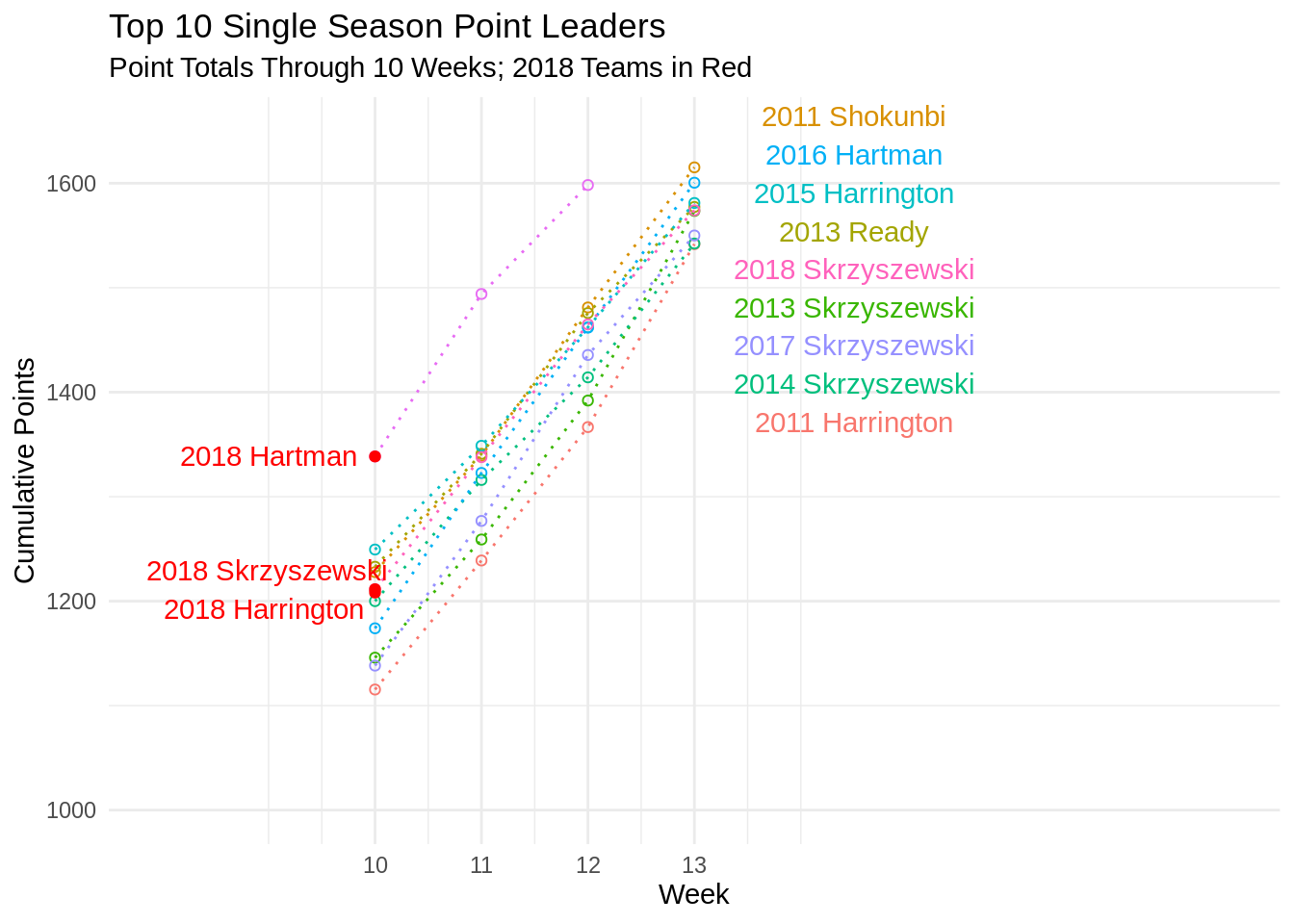 Hartman still comfortably ahead. Both D’Skae and Harrington also remain on the board, separated by a mere 3.2 points. 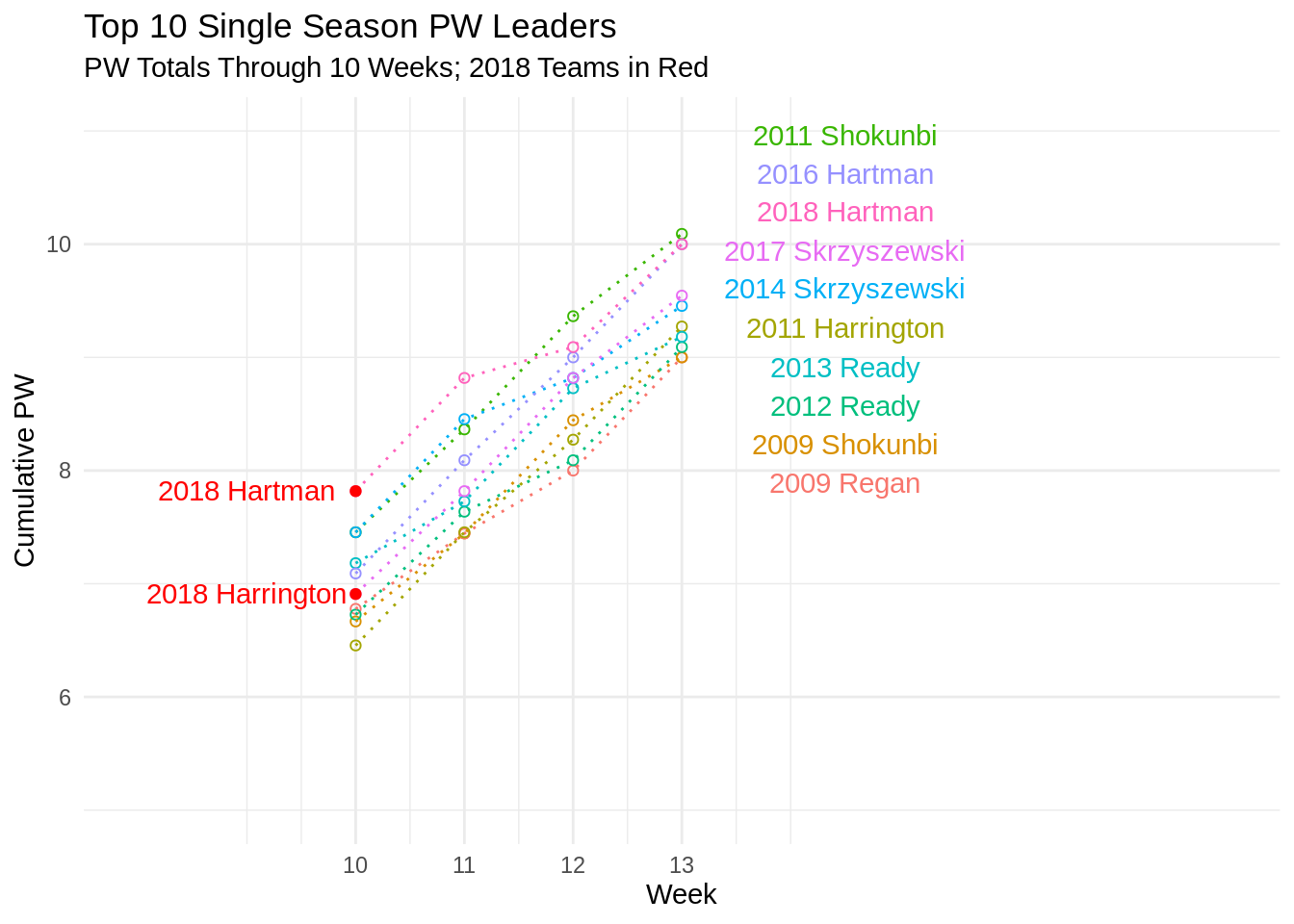 The gap is narrowing here but Hartman still has a comfortable lead through 10 weeks of play. Harrington also makes an appearance. 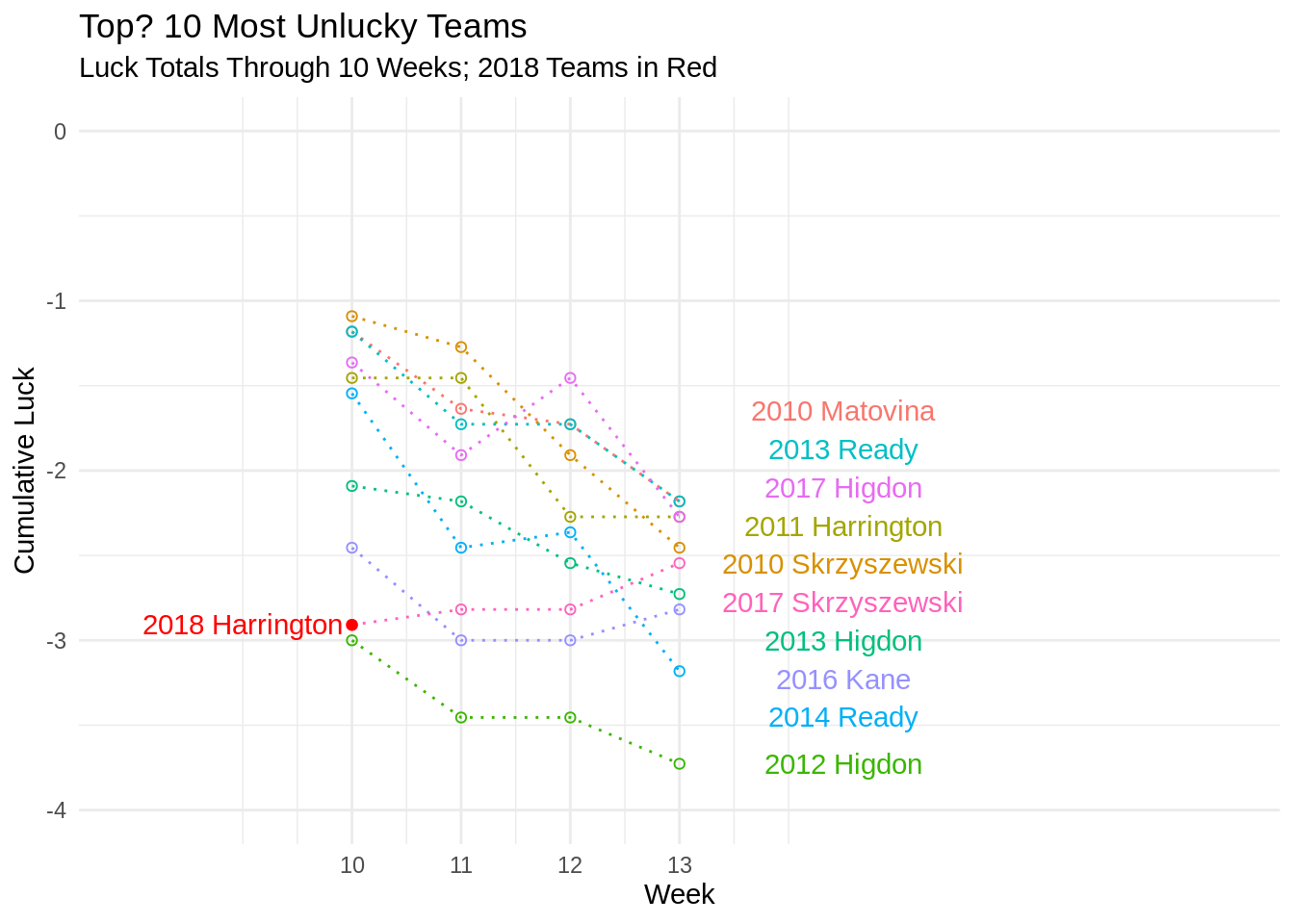 Harrington still about as unlucky as 2012 Higdon through 10 weeks. But he would have to suffer some bad losses the rest of the way to claim this ignoble crown.