This week’s post could alternatively be titled, “Hartman is Heading for Home” on a few covetted points records. One record he hasn’t touched this year has been the single game points record, where despite his success this year, he hasn’t even cracked the top ten. In fact, the current record was set by RJ against Hartman! I wrote about that here. But I digress. 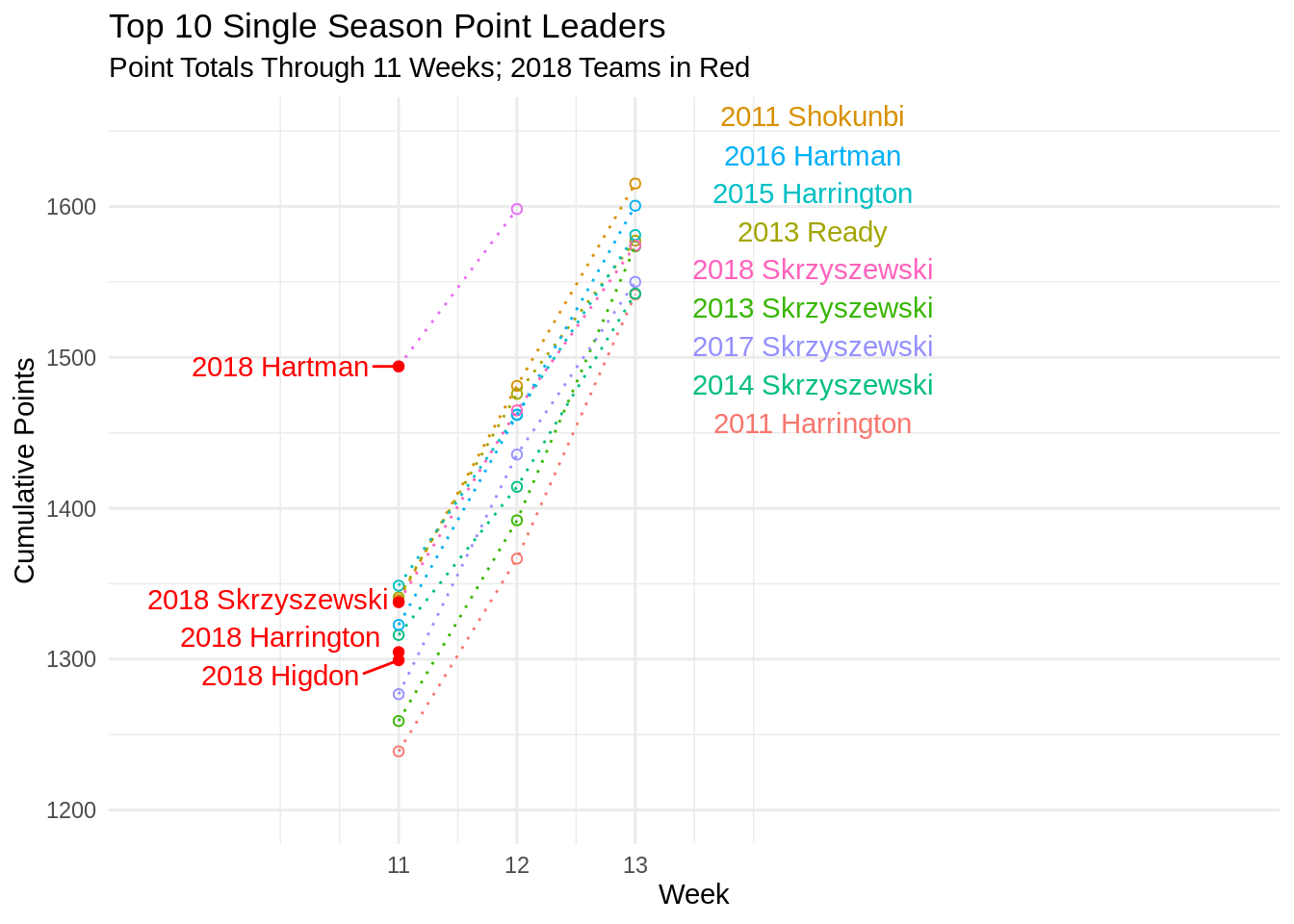 Hartman comfortably out in front of all challengers in the ten years of Bad Newz history. He could score 0 points this week and still hold the record for most points through 12 weeks. With 1494 points through 11 weeks he is currently tied for 12th for most points in a single season with Losman’s Gamblers. All with two weeks left to play! 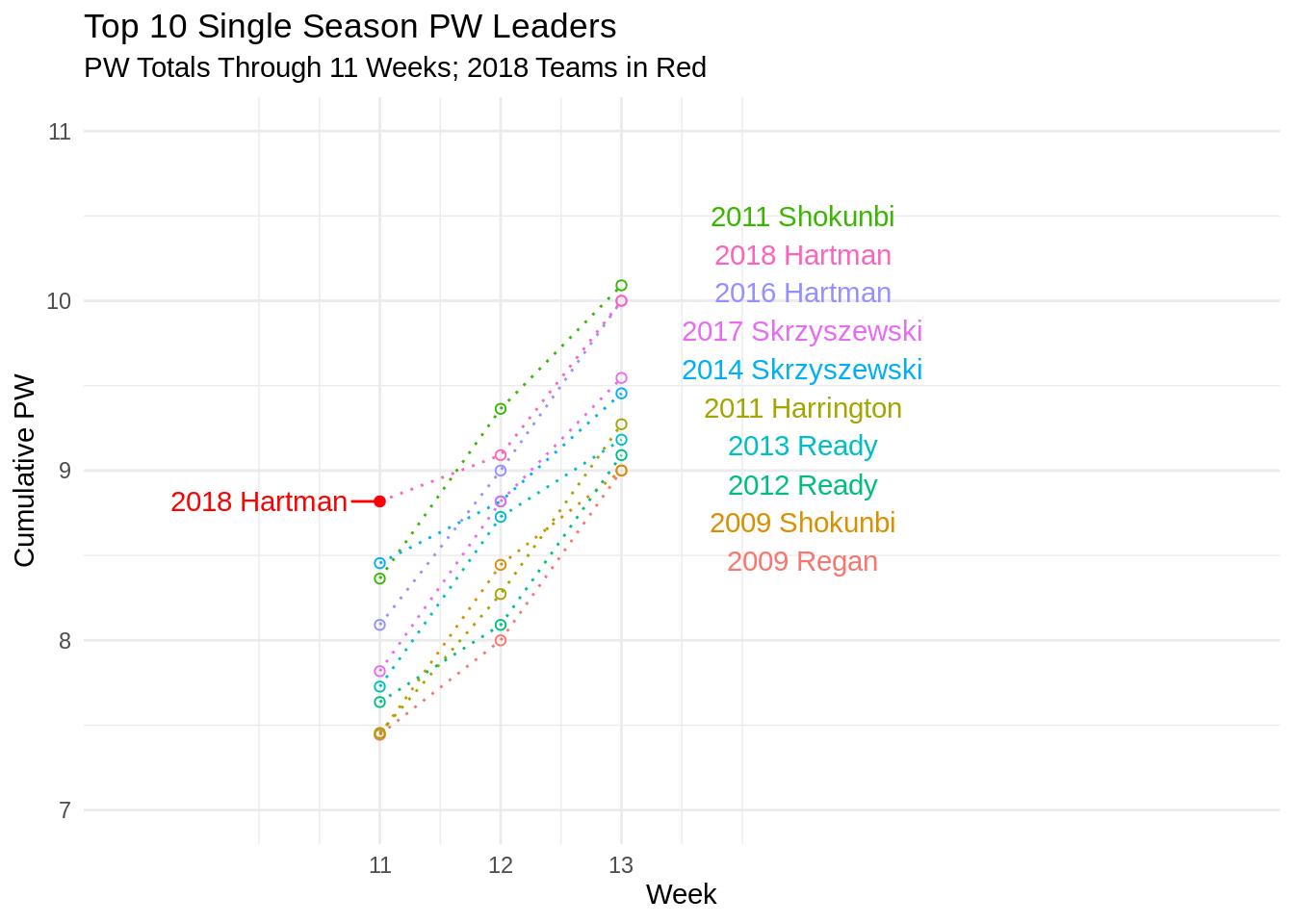 In a sign of the inflated numbers in the league this year only Hartman makes the cut in PW, compared to the four in the above chart for total points. He maintains a comfortable lead here over 2014 D’Skae who had the record after 11 weeks before settling into fourth all-time. 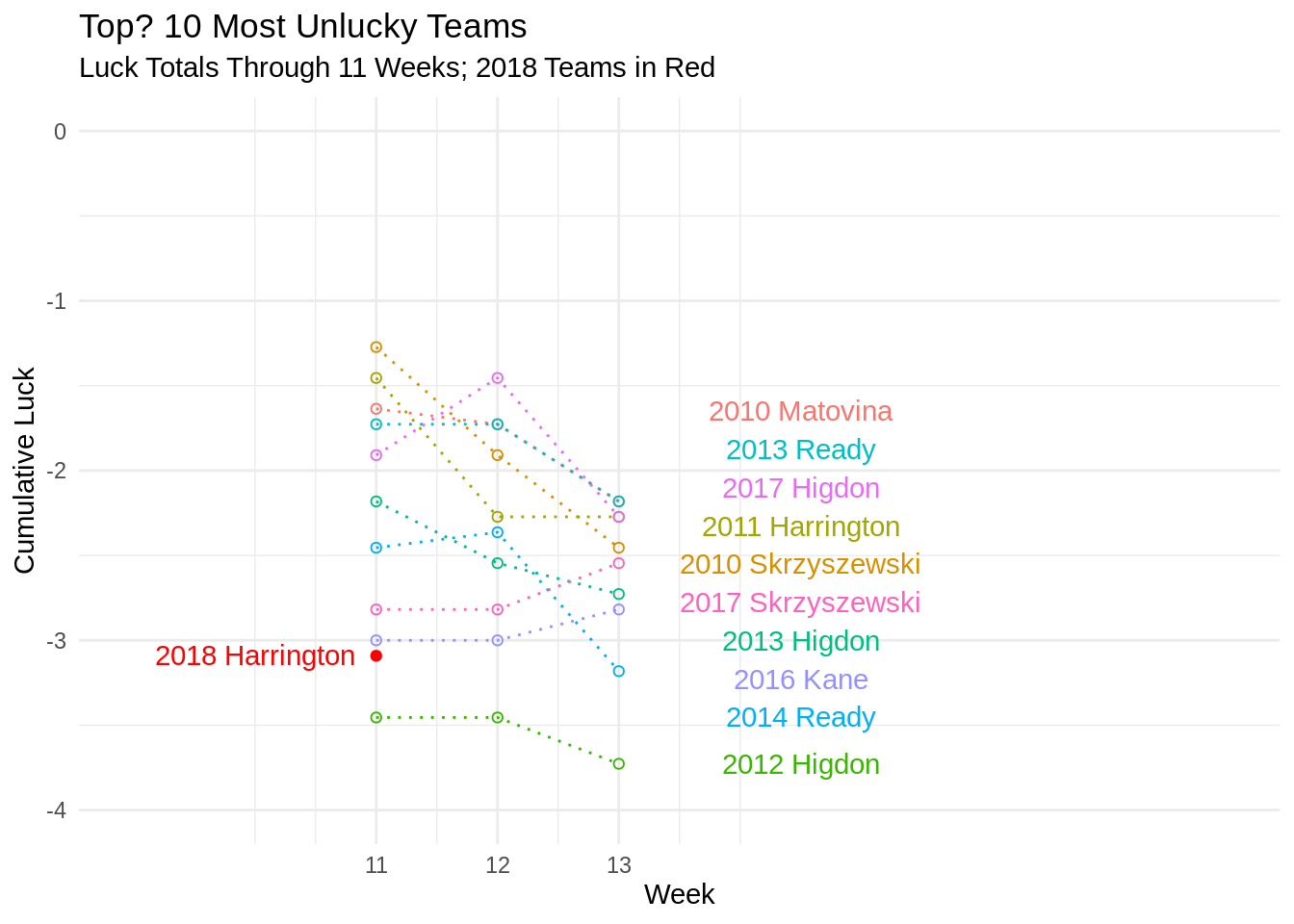 It’s not something to be proud of, by Harrington remains unlucky from an historical perspective. Although to catch 2012 Higdon he’ll need to suffer some bad losses here the last few weeks.